Why the plastic bag charge is working

One year on, the policy has been an enormous success

It’s nearly a year since we started having to pay 5p for a plastic bag when we go shopping in England. But has the policy been a success? Overwhelmingly, yes – as was expected based on other countries’ and regions’ experiences.

The government’s original estimates were that total plastic bag use would fall by 58% (from around 200 per person each year to around 90), and by 81% at supermarkets.

So far, so good: it looks like plastic bag use at supermarkets has in fact dropped by around 83%. This is behaviour change on a scale that policymakers can usually only dream of.

If the government’s initial estimates are roughly right then every year nearly 8 billion plastic bags will no longer be required. That’s equivalent to about 1% of the entire weight of plastic from various sources thought to get added to the world’s oceans annually, where it causes havoc with fragile marine ecosystems.

And this is just one policy in one country – imagine if every country achieved the same success. The benefits could be massive.

The policy works for a couple of simple reasons:

Now we know the policy works and results in no net costs to businesses, we should extend it to plastic bags in small and medium sized businesses, currently exempt for no good reason. 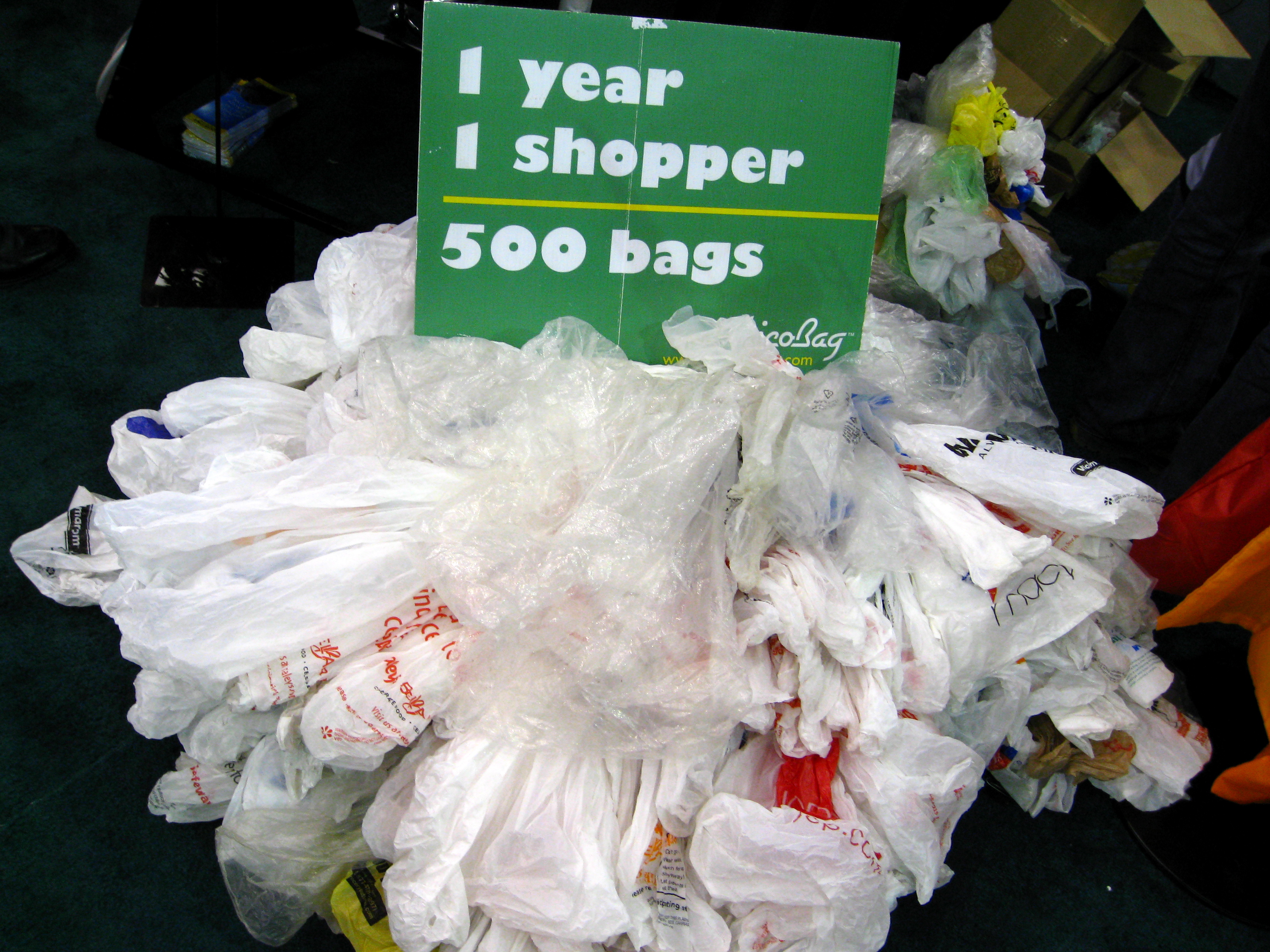 What else can we learn from this? Let’s contrast this with another waste-related government policy.

Since 2005 the government has worked with supermarkets and some food producers to agree voluntary targets for reducing food and packaging waste, an initiative named the Courtauld Commitment.

These waste reduction targets are typically unambitious – a reduction of a few percentage points over several years – and have not always been met.

Since it’s voluntary there are absolutely no consequences if businesses don’t meet the target. It could even be that the businesses planned to reduce their waste for cost reasons anyway and just signed up to the government initiation for free kudos.

The problem is with the approach itself. A comprehensive study by the RPSB looking at the effectiveness of voluntary agreements concluded:

“Over 80 per cent of schemes were found to perform poorly on at least one key measure. The majority of schemes set unambitious targets, with many also failing to achieve ​‘unambitious’ targets. … The research found nothing to support the claim that voluntary approaches can be an effective alternative to regulation.”

It’s common sense really – if you let an industry write its own rules then it’ll come up with something that privileges its own interests; if you ask an industry to volunteer to meet certain standards it won’t try all that hard to make it happen.

Astonishingly, the government’s stated regulatory policy is that voluntary agreements should be the default and mandatory regulation should be a last resort. Based on the evidence about what works, this is completely the wrong way round.

The plastic bag charge shows that simple, clear and strong policies work. We mustn’t accept the narrative that such initiatives cannot be allowed because of their burden on business – that route leads to weak or pointless self-regulation.

Voluntary agreements will not prevent car manufacturers from polluting our cities, rein in reckless financial institutions, and ensure the safety of our food. We need to regulate with confidence to face up to the existing and new challenges facing our societies.