South London residents are taking control of their energy

This weekend representatives from the Greater London Authority (GLA) will meet with energy campaigners and residents on a south London housing estate to discuss the future of the capital’s energy.

The estate where we’ll be meeting, Myatts Field North, is an example of what can go wrong. Its heating network was developed under a private finance initiative (PFI) contract in which one of the Big Six energy companies, E.on, has the exclusive right to operate it for 40 years, and therefore determine the level of energy bills.

Residents have complained that the system is unreliable and expensive. But the worst thing is there’s no way for this community to take control themselves because E.on has been granted a monopoly: there’s no alternative and no clear way to challenge the energy company.

The campaign group Fuel Poverty Action, which has been working with the residents has said:

“The reality is that many heat network customers feel trapped, cheated, taken for granted, and deprived of rights which other people can freely exercise by switching.”

There’s a lot to discuss, since Khan has backed our proposal for a new publicly-owned energy company for London. Such a company could reduce bills by £265 per year and help to reduce fuel poverty straight away.

But over the medium and long term the GLA should also be thinking bigger – we need to transform our expensive and dirty energy. 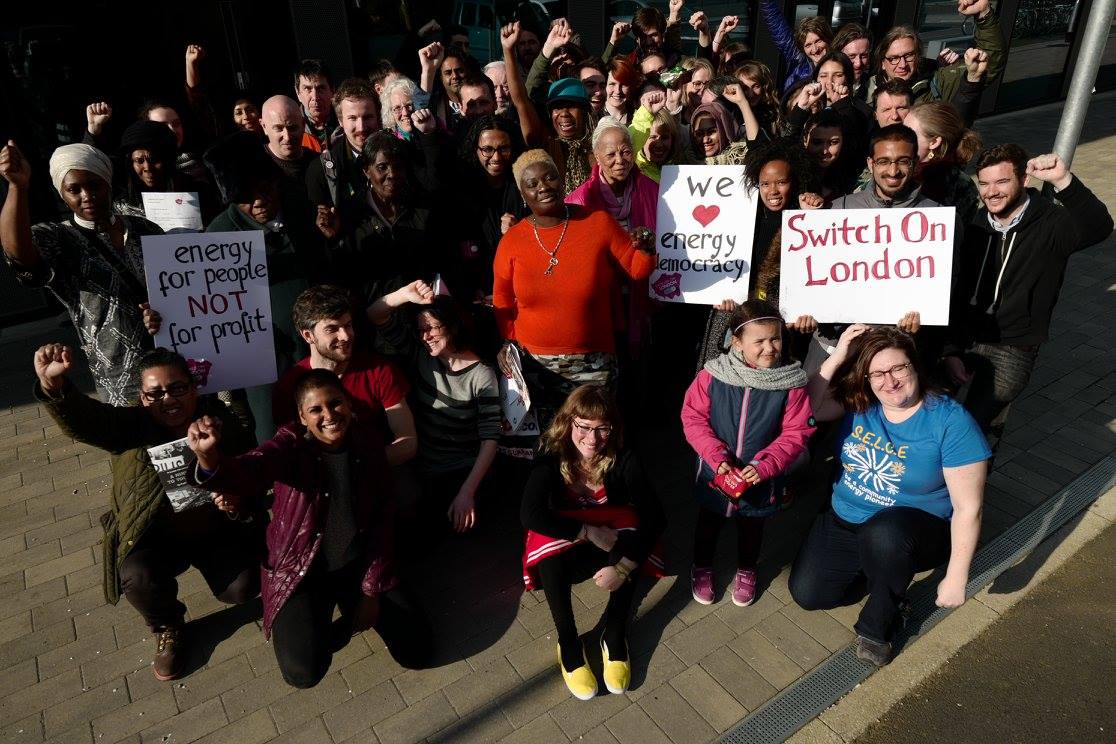 One of these possibilities is district heating. This is the type of system on the Myatts Fields estate, and it’s one that has big promise, as well as big potential problems.

A district heating system is simply a big generator that burns fuel to produce electricity and uses the heat produced to supply a network of homes or businesses, such as a housing estate. It can be far more efficient than individual boilers because it produces both heat and power, and on a large scale. That means fewer carbon emissions and cheaper bills, in theory.

“But, as with so many aspects of the energy system, what matters most is who’s in control.”

District heating systems are natural monopolies because you can’t have two competing for the same customers – duplicating the system’s infrastructure would be a colossal waste of money. That means that whoever owns and operates the system can easily exploit the people that use it. Consumer advocate, Which?, has highlighted the general lack of a proper complaints procedure in district heating systems. Profit-maximising companies have to prioritise their shareholders’ interests, and if there’s no competitor to force that company to provide good customer service then they just won’t do it.

These kind of problems always arise when private companies operate a natural monopoly for profit – that’s why our energy grid has to be closely regulated as well. But this privatised model comes with major problems of complexity and unaffordable or poor quality service.

Many think that the public sector could operate these systems better and at lower cost. That’s because the public sector can get lower interest rates on loans, so it’s cheaper to borrow money, and we can avoid paying out dividends and extortionate executive pay.

In the case of district heating this is where the GLA could play a constructive role, for several reasons:

Energy for Londoners could provide a natural point of coordination for district heating across London, and could operate the systems in place of the unaccountable Big Six energy companies.

The GLA more broadly could also prioritise energy efficiency and insulation investments in places like Myatts Fields where a failing district heating scheme has left people with no option but to pay inflated bills.

Outside of London, people-powered energy is already happening, with new municipal energy companies based in Nottingham, Bristol and Scotland.

But the British population is so disillusioned with energy companies that a majority of people have never seen any reason to switch supplier. The only way to turn this situation around is to give people a genuine reason to believe that they have other options.

COMMUNITY ENERGY SHOULD START WITH THOSE WORST AFFECTED

Join us at Myatts Field Centre in Lambeth, London, this Saturday 22nd October at 1.30pm