Donald Trump on climate change: how worried should we be?

The President-elect wants not just to ignore the Paris Agreement on climate change, but actively pull the US out of it

There’s no point pretending that it’s anything other than a Very Bad Thing that the new boss of the world’s biggest economy thinks climate change is a hoax. Across the Pond, climate commentators are having kittens. Scientists and environmentalists have launched an emergency reactive campaign.

The President-elect has his guns out for Obama’s Clean Power Plan, will take an axe to federal funding for renewable energy, and wants not just to ignore the Paris Agreement on climate change, but actively pull the US out of it: a rhetorical and financial kick in the teeth. That’s a hint of the welter of other things he has in store for the environment more generally.

President Trump is clearly a climate menace, but hopefully he won’t be able to derail the world’s ambitions. He can slow down the pace of US emissions cuts, and by axing overseas climate funding, leave some of the poorest people in the world even less able to cope with the impacts than they already are.

But the USA is a big and diverse place: remember that below the federal level the USA is full of cities or states that have plans of their own to cut carbon. And he will find it impossible to take his science-denying bluster to the world stage with any credibility. He’s already claimed, for example, that his notorious tweet that climate change is a Chinese hoax to destroy US industry was a joke; as the Chinese have patiently pointed out, it isn’t.

“President Trump is clearly a climate menace, but hopefully he won’t be able to derail the world’s ambitions.”

The science doesn’t really care what Donald J. Trump says. The United Nations has called 2016 as all set to be the hottest year on record – ramping things up on the previous record holder (which was, er, 2015). The President will only find himself mocked if he tries to undermine the unimpeachable science of climate change. As he will if he doesn’t acknowledge the link between climate change and natural disasters, for example when another hurricane hits the USA – like Sandy, which caused terrible devastation to his home turf of New York.

There’s nothing Trump can do now to stop the long-term trend of the world – in particular China – being seriously industrially gung-ho about solar and wind. At this year’s UN climate conference in Marrakech this very week, nation after nation reaffirmed their commitment to the Paris Agreement and their countries’ roles in trying to keep global temperature rises to no more than 2 degrees, and ideally 1.5. The Paris Agreement itself was effectively the signing and sealing of a set of actions that nations were already enthusiastic about doing anyway.

Yet there is a cautionary tale. Trump’s opposition to climate action is rooted in a supposed concern for the future of US manufacturing and its energy independence. It’s true that big industrial transitions like shutting down fossil fuels will create more winners than losers in the long run. But those who inevitably lose out do matter, and need to feel in control of the inevitable disruption to their livelihoods.

It’s not hard to understand why his narrative may have found sympathetic ears among unemployed coal miners in Ohio. Irrespective of the actual impact of climate policy on individual jobs – the coal industry’s travails in America is as much to do with the dash for fracking as green measures – it made for a convenient scapegoat. 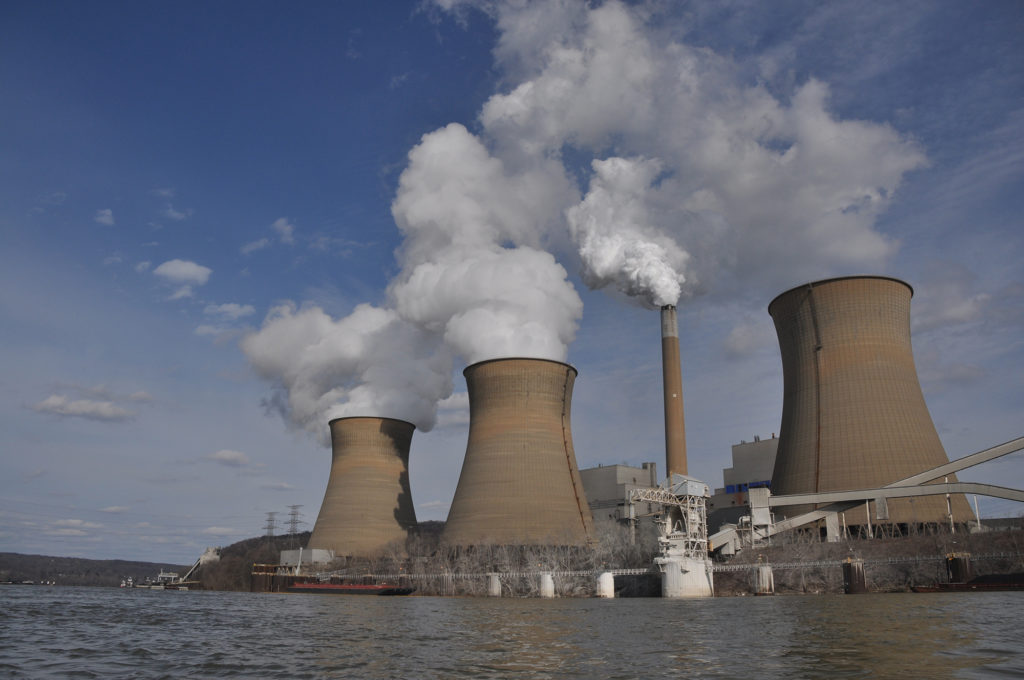 Ironically the biggest long-term losers from Trump’s plans may end up being workers in the high-carbon industries for which he claims to be going to bat. By shunning the US’s clean energy manufacturers and delaying the shift to new industries, he’s only opening the door for the rest of the world to do it instead. Even big majorities even of Trump’s own supporters favour expanding solar and wind power; in the 18 months since he declared his candidacy the costs of solar will have fallen by about 15%.

But the lessons are these: narrative matters, yet what matters even more is how you make transitions really work. Those on the sharp end of economic change must be empowered to take control of their own futures. It’s why the imposition of fracking is so unpopular. And it explains a lot about the disillusionment that led to the Brexit vote.

The top five areas that voted to leave the EU in June were all coastal. Our Blue New Deal action plan, launched this week, is designed to put coastal communities in control not just of their economic future but the health of their local environment as well.

As economies built around marine industries have declined, coastal communities have been angered by decades of indifferent Government policy sucking money and power to London and the finance sector. Transport is often poor; broadband or mobile coverage patchy. And the health of the sea itself has suffered.

“Our Blue New Deal action plan is designed to put coastal communities in control not just of their economic future but the health of their local environment as well.”

The answer isn’t more heavy-handed top-down initiatives. It’s partially about changing government policy – to enable coastal towns to build resilient clean energy systems, to attract year-round visitors, and to rejuvenate harbours. But it’s also about really putting the people that live in local towns in control: enabling them to define their own economic success, and giving them the resources and powers to get on with it.

As on the UK coast, so in the rust-belt of America, the lignite mines of Germany or the oil fields of Aberdeen. Transitions are inevitable. It’s how you get there that counts.