With Brexit on the horizon there has never been a more urgent need for a new economy, and never a stronger case for companies to pay their employees the real Living Wage.

The real Living Wage is independently calculated and based on what people need to live. It’s different to the government’s ​‘national living wage’, which is lower because it doesn’t take account of these costs.

In the uncertain months and years while the UK negotiates a new relationship with the EU, what happens to wages will be of national economic significance. Whether the Living Wage campaigners succeed in establishing a new normal in pay packets – with more businesses going beyond the statutory minimum to pay a wage that meets the cost of living – will matter to us all.

As the New Economics Foundation’s research has consistently found, low wages in the UK create a downward economic spiral. Wages are an essential source of demand in the economy because they allow people to spend.

“When wages are low, there is less spending. When there’s less spending, firms sell less, earn less and choose to hold back on investment and production. Over time, the economy becomes less and less productive.”

But higher wages do the opposite. And even better when it’s the lowest paid who get a raise. Employees are more likely to spend any extra income than their company’s shareholders, already well off and likely to save extra earnings. So when companies raise wages rather than paying dividends or extortionate executive pay, they increase economic demand and the number of people able to buy their products. They’ll earn the money back in the long run. 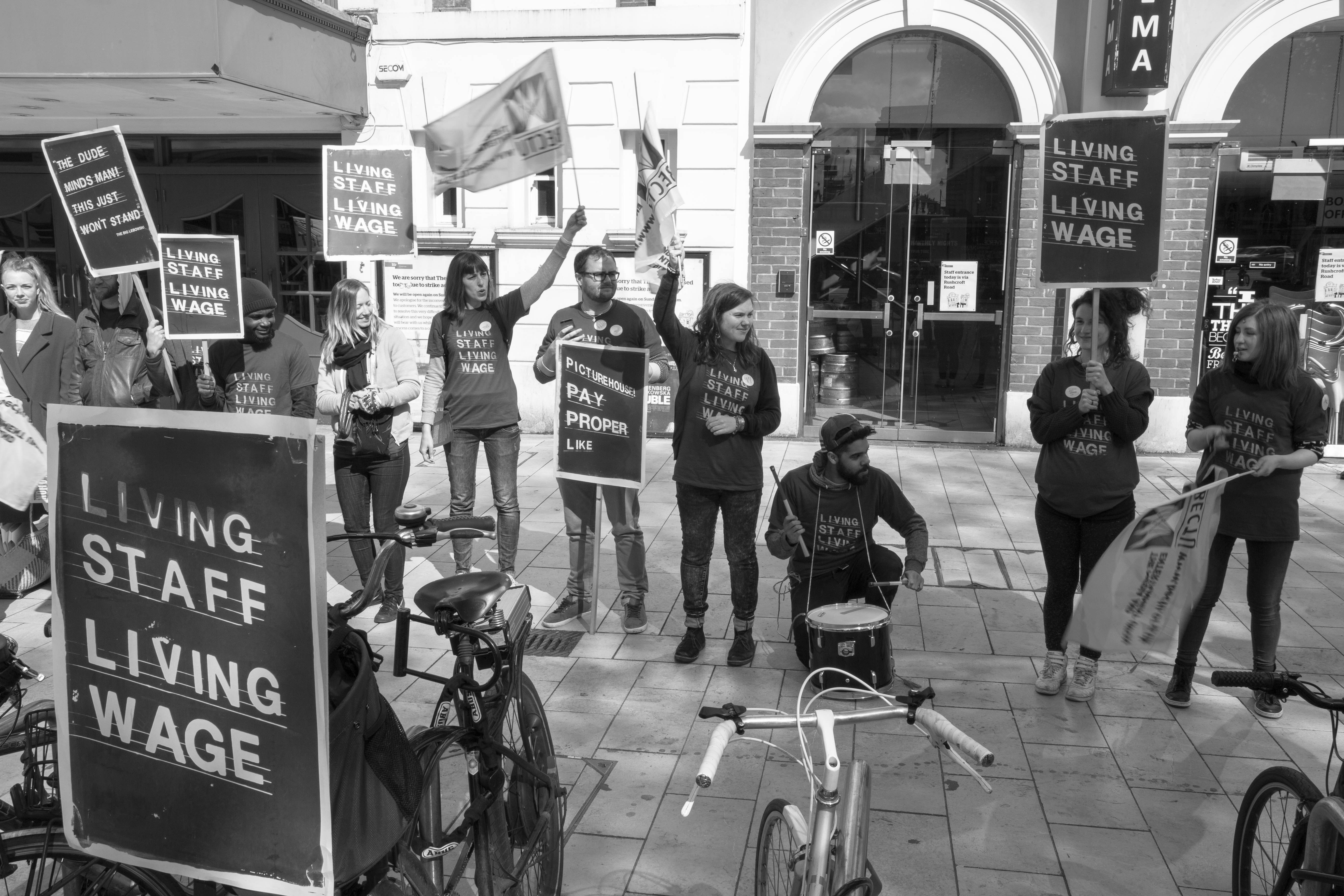 As the real Living Wage is calculated on the basis of people’s ability to pay for basic goods it is especially effective at doing this. By matching people’s pay packets to the cost of everyday needs – rent, food, transport, a haircut – it increases the chances of everyone buying them and the economy thriving. Whether you’re buying or selling – and many people do both – a real Living Wage makes sense.

In light of Brexit, matching wages and the cost of living becomes all the more important.

There are three sources of demand in our economy: firms or government investing in new or upgraded production capacity; firms selling their goods to other countries; or consumers and the government spending money in the UK. Brexit clearly threatens the first two of these sources of economic activity, with investment likely to take a hit due to increased economic uncertainty and trade expected to suffer from weaker ties to the EU.

So what happens to the final source of demand – spending – will be crucial in the coming months and years. If the government continues to hold back on spending and rising prices lead to squeezed real wages then the final piece of this puzzle collapses and the economy will stagnate or enter recession. The signs are worrying: after a decade of stagnating wages, it is predicted that real wages will fall a further 0.5% next year.

Businesses may feel caught between a rock and a hard place – if sales are falling, why would they pay higher wages? Because doing so helps boost their demand too: if workers can afford to live life fully then everyone benefits.