A System in Crisis 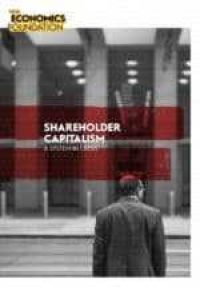 “The modern joint stock company is a British invention… but the rules need to change as the world changes. Boards should take account of the interests not just of shareholders but employees, suppliers and the wider community.”

Which revolutionary firebrand said that? Who dared to question the fundamental correctness of modern shareholder capitalism?

You may be surprised to learn that the above passage is taken from the 2017 Conservative Party manifesto. In fact, the party joins a list of unusual suspects voicing concerns about the nature of modern corporate behaviour. Dominic Barton, the global managing director of McKinsey, has argued for years that capitalism needs to take a longer view. Andy Haldane, Chief Economist of the Bank of England, recently suggested that businesses ​‘are eating themselves’. Even the Chief Executive of BlackRock, the world’s largest asset manager, has admitted that pressure to keep the share price high means corporate leaders are ​‘underinvesting in innovation, skilled workforces or essential capital expenditures’.

They are right. Our current, highly financialised form of shareholder capitalism is not just failing to provide new capital for investment; it is actively undermining the ability of listed companies to reinvest their own profits. The stock market has become a vehicle for extracting value from companies, not for injecting it.

Corporate governance has become dominated by the need to maximise short-term shareholder returns. At the same time, financial markets have grown more complex, highly intermediated, and similarly short-termist, with shares increasingly seen as paper assets to be traded rather than long-term investments in sound businesses. This kind of trading is a zero-sum game with no new wealth, let alone social value, created. For one person to win, another must lose – and increasingly, the only real winners appear to be the army of financial intermediaries who control and perpetuate the merry-go-round.

There is nothing natural or inevitable about the shareholder-owned corporation as it currently exists. Like all economic institutions, it is a product of political and economic choices which can and should be remade if they no longer serve our economy, society, or environment.

The shareholder model is harming the economy by actively holding back investment. It is harming society by increasing inequality through ballooning executive pay. And it is harming the environment by encouraging risky short-term behaviour such as fossil fuel extraction. So why keep it?

Reforming shareholder capitalism is not as hard as it sounds. A new report for the New Economics Foundation sets out what needs to be done to take the first steps towards a better economic model.

For instance, corporations could be required to state their public purpose openly and regularly report on how they are fulfilling it. That would start to move companies from focusing entirely on shareholder returns towards thinking about their stakeholders as well.

At the same time, shareholders could be required to make longer-term commitments to their companies by making their voting rights dependent on the length of their commitment.

And we should restrict some of the damaging forms of speculation which drive short-termism. For instance, predatory high-frequency trading could be restrained without destroying their benefits.

For most people, our economy simply is not working, and the way corporations are structured is at least in part responsible. Reforming shareholder capitalism must not be dismissed as too difficult – the crisis is too urgent for that. We can take the first steps towards a better model right now. It’s time to act.