The rhetoric is fine but why is this industrial strategy so underwhelming?

Industrial strategy should begin with place and work upwards.

Having any industrial strategy is probably a good thing, and having one that acknowledges the woeful inequalities that exist between different parts of the UK is better still. So what’s the problem with Greg Clark’s industrial strategy?

In a nutshell it’s this rather well-worn story: the rhetoric is compelling, but the substance is lacking. Two of the five ​“foundations” of Clark’s strategy are people and places, and of the four ​“grand challenges” two are our ageing society and clean growth.

Productivity is mentioned throughout and back in the summer he talked about increasing the earning power of our country and our people. So far, so good.

But peel back the rhetoric and this begins to look more like government policy as usual, rather than a practical manifesto for addressing the deep economic malaise that grips the UK as it faces Brexit.

I write more about what’s missing from yesterday’s Industrial Strategy in The Times. 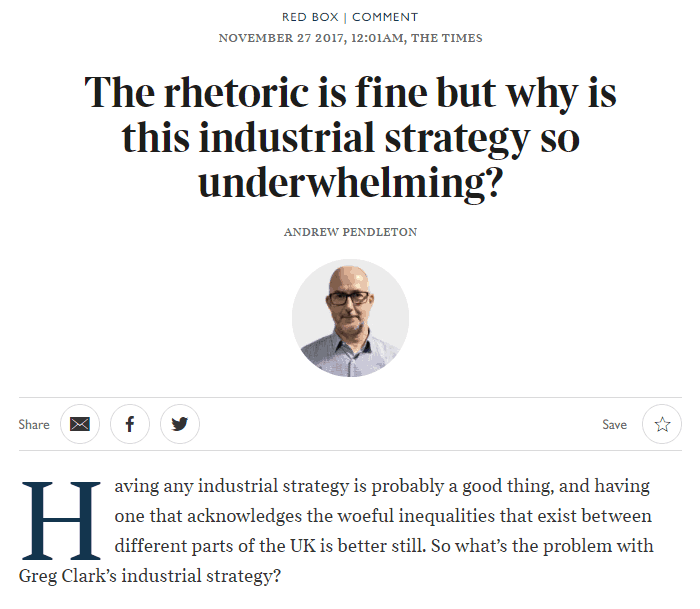