According to the latest figures released by the OECD, for the first time in six years foreign investment by UK residents in the rest of the world (outward investment) exceeded what the UK economy receives in investment from abroad (inward investment). 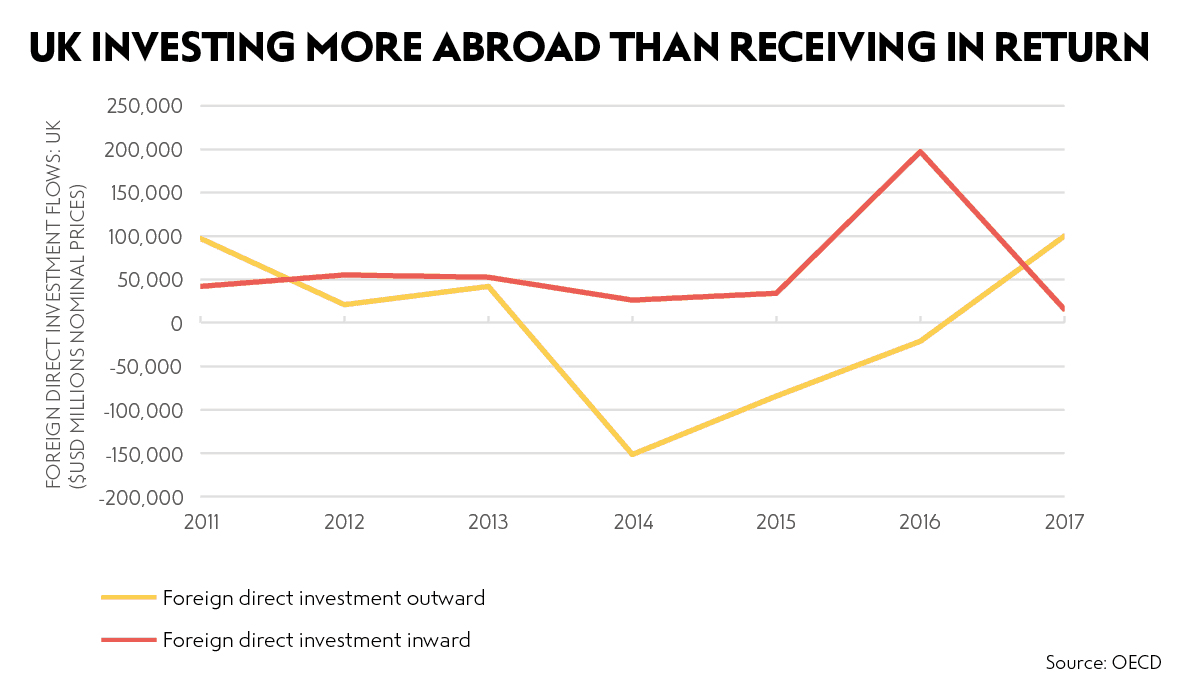 This presents a worrying signal of falling confidence in the UK economy. The last time the UK invested more abroad than it received in return we were at the brink of a potential double-dip recession, and before that, we were in a recession.

The main reason for a reversal in overall investment away from the UK has been the steady increase in net investment abroad by UK citizens and firms, which turned positive for the first time since 2013.

Foreign inward investment also saw a significant annual fall to well below the six-year average, but this largely reflects the exceptional figures for 2016, which saw higher than usual inward investment due to a number of high value company mergers and acquisitions.

The latest UK figures for GDP and total pay already point to a weak economy that is no longer working for the majority people, now the latest OECD data suggest the UK is losing confidence with investors as well.