Markets regenerated out of existence

A Resolution Foundation study out this week has found that the retail industry now has the highest rate of redundancies of any sector of the economy, with only a small percentage of workers able to find another job immediately amid the rapid rise of shop closures across the country. These findings make for sobering reading for anyone whose livelihood depends on the retail sector, and for those of us who see the importance of high streets for our local culture.

And yet when we talk about jobs in retail a very important aspect of our economy keeps getting missed: markets. Not the financial ones with their intangible numbers and reputation for greed and selfishness, but the street and covered local markets across the country. These markets are vibrant, they create connections, reflect the diversity of our communities and are a source of affordable food, goods and services.

One of my favourite childhood memories is holding onto my mum’s hand as we walked through the market in Bradford, just the right height to see the colours of the fruit and veg, fascinated by the packaging in different languages. I can still remember the warmth and smells coming from the cafes around the edge, the shouting from the trader and the endless times my mum bumped into someone she knew and stood talking for what seemed like an age while I tugged on her coat.

That market is gone now, one of several laid waste in yet another failed ​‘regeneration’ scheme for the city centre. And across London many markets face this same fate.

Back in 2008, when Queens Market in Newham was threatened by council redevelopment plans, NEF undertook research to support the campaign to save the market. We found that items at the market were on average 53% cheaper than at a local supermarket, and that 80% of customers said that the market sold goods that were not available elsewhere. At that time Queens Market generated over £13 million for the local economy, and delivered twice as many jobs per square metre as a big supermarket, with 308 of the 581 people working at the market living in the immediate local area. The market provided a space where entrepreneurs were nurtured, particularly black and minority ethnic entrepreneurs who continue to face particular barriers when starting businesses. 10 years on, this market is still serving its local community but remains under threat.

These markets are vibrant, they create connections, reflect the diversity of our communities

Regeneration projects are threatening markets across the capital: in Shepherds Bush (Hammersmith and Fulham), Ridley Road (Hackney), Elephant and Castle (Southwark) and Chrisp Street (Tower Hamlets), markets, and their benefits for the local economy and community, are threatened. Local authorities, rather than partnering with their own constituents, have chosen to enter into joint ventures with big developers whose obligation is not to the community, but to generating maximum profit for their shareholders.

Latin Village Market in Haringey has been fighting the threat of regeneration for over nine years. Over this time they have worked with professionals in development feasibility, planning, law, architecture and finance to produce a community plan for the market and surrounding area. Following the election of a new Haringey council leader last year, and the rejection of the much maligned Haringey Delivery Vehicle (a redevelopment scheme with a developer Lendlease, whose other projects left Haringey residents sceptical about the likelihood of affordable housing provision), campaigners hoped that the council would be willing to work with them. Instead the council has continued to press ahead with the redevelopment, in partnership with Grainger PLC.

Latin Village sits on public land and the council have the power to halt the Compulsory Purchase Order that would begin the dismantling of the market. Haringey Council could choose to work with the Greater London Authority and the Latin Village traders and local community to safeguard this vital economic and community asset.

But the picture isn’t like this everywhere. Councillors in London and across the country are starting to take a different approach to their local economies, turning their backs on the regeneration model that tries only to extract as much profit as possible from an area. Instead, they are working in partnership with local residents to invest their resources locally. The most notable place this is happening is Preston, which in 2018 was named the most rapidly improving urban area in the the UK. And one of the main Preston projects has been to invest in their market. Similar approaches are taking place in Dudley, Islington, Plymouth and Greenwich.

Haringey council should adopt this new model and remove the threat looming over Latin Village. It will only take a matter of hours to demolish Latin Village, but it will take a lot longer for the council to rebuild their reputation after destroying an essential part of the local economy, with over thirty years of community, hard work and memories.

How to protect renters from eviction during Covid-19 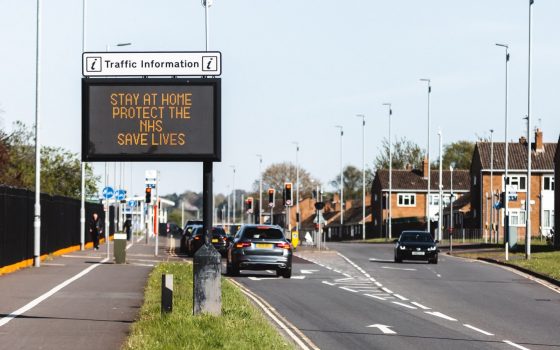