New rules for the economy 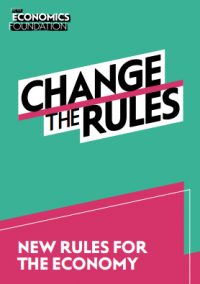 The UK is in the grip of three intense, interlinked crises: an economic crisis, an ecological crisis and a democratic crisis. Brexit, the word on everyone’s lips, is tearing the nation apart and yet, while an issue of pivotal importance in its own right, it is mainly a symptom of deeper malaise. This document provides solutions that go to the heart of our economic, ecological and democratic problems.

A new social settlement will ensure people are paid well, have more time off to spend with their families, have access to affordable housing, know there is a decent safety net if they need one, and are provided with a high level of care throughout their lives.

A decade ago, NEF was part of a visionary group that proposed a Green New Deal and we are now part of a growing movement that is reviving this concept. The plan is for huge investment to reduce the carbon we use, massively boost nature and create a new generation of jobs in the industries and infrastructure we need to tackle the climate crisis.

Too often the economy can look like a stitch up between large, distant institutions and large, distant corporations. It looks like this because too often it is. Citizens have been left out of the decisions that shape the places they live, and they have been left voiceless in the places where they work. We need to devolve state power and transform ownership.

Underpinning all three missions is an acknowledgement that the rules and institutions that shape our economy are not forces of nature beyond our control, but have been designed by people. Over the past 40 years they have been redesigned to work for corporate power and wealthy elites. We can change them again, but only if we build power together.

Here we set out some of the immediate actions the next government must take in the forthcoming parliament to set us on course for a radically transformed economy.