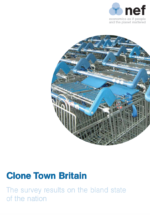 Where is the plan for social care?

Despite promising to ‘fix’ social care, government has kicked the can down the road again

All eyes on us

The Glasgow climate summit is a golden opportunity for the UK to sell its climate leadership internationally — and at home.