Theresa May on Brexit: what she said and what it means 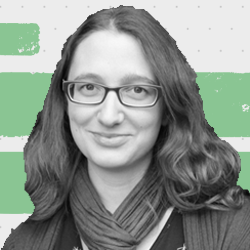 Theresa May’s speech on Brexit confirmed what many had suspected: post-Brexit Britain is likely to close its borders to people, but throw them wide open to capital. We deconstruct today’s announcements to show why this would be a big mistake.

“Brexit must mean control of the number of people who come to Britain from Europe.”

May’s heavily trailed speech was the clearest indication yet that the UK will prioritise ending free movement of people in its negotiations with Europe – and that this will necessarily mean giving up our membership of the single market.

May claimed that the ​“sheer volume” of immigration in recent years ​“has put pressure on public services, like schools, stretched our infrastructure, especially housing, and put a downward pressure on wages for working class people”.

But, as we’ve argued before, it is not immigration that is driving down wages for working people in the UK. It is footloose capital and the ease with which it can offshore jobs to cheaper jurisdictions. Research by the LSE has found that ​“the big falls in wages after 2008 are due to the global financial crisis and a weak economic recovery, not to immigration.” And the government’s own forecasters predict that lower immigration will leave the economy in much worse shape.

Nor is immigration to blame for the housing crisis. Speculative capital pouring into cities like London, including for ​‘buy-to-leave’ (property that’s purchased purely as an investment and is never intended to be lived in) is a bigger driver of spiralling house prices than demand from immigrants. A hard Brexit that prioritises the needs of the City while shutting out Europeans will do nothing to help those struggling to afford a home in the UK.

“I want to remove as many barriers to trade as possible.”

Positioning the UK as a global champion of free trade was a central theme of May’s speech. Britain outside Europe is to be ​“a great, global, trading nation. And one of the firmest advocates for free trade anywhere in the world.”

When politicians talk about trade barriers, these days they are mostly not really talking about tariffs, as these have already been dramatically reduced. They’re talking about what’s called in the jargon ​“non-tariff barriers” – which to you and me means social and environmental protections like workers’ rights, product safety standards and pollution limits. The UK has for many years been at the forefront of international efforts to pare back these standards – whether by weakening our own domestic laws, pushing for lower standards in Brussels or championing trade agreements like TTIP. This is a fresh sign that we could go even further outside the EU.

Apart from the social and environmental consequences of this strategy, there are serious questions over whether it can really make the UK a ​‘great trading nation’. We have a current account deficit of 6% of GDP and rising – which means that at the moment, we’re importing more from the rest of the world than we’re exporting. If May is serious about changing that, she will need to do much more to boost the UK’s manufacturing capabilities than we saw in last year’s Budget. Stripping back our already threadbare legal protections is unlikely to do the job.

“We will not have truly left the European Union if we are not in control of our own laws.”

Here May was referring specifically to ending the jurisdiction of the European Court of Justice. But ironically, while we congratulate ourselves for reclaiming control of our laws from Brussels, we are busy negotiating it away again – through ​‘regulatory co-operation’ clauses in trade deals like CETA (the Canada-Europe agreement) which effectively give business lobbyists a veto over new legislation that could impact their profitability. The wave of bilateral trade deals which the UK is about to negotiate risk locking us into a low-tax, low-regulation path for decades to come.

There’s also still a question mark over the exact role of the devolved administrations in maintaining laws and regulations. May said that ​“Leaving the European Union will mean that our laws will be made in Westminster, Edinburgh, Cardiff and Belfast.” She promised that no decisions currently taken by the devolved administrations would be removed from them, but left open the question of how far powers being repatriated from the European institutions would be devolved.

She did, however, say that a guiding principle in making these decisions would be that ​“no new barriers to living and doing business within our own Union are created”. This meant ​“maintaining the necessary common standards and frameworks for our own domestic market [and] empowering the UK as an open, trading nation to strike the best trade deals around the world”. Given that the devolved governments generally favour significantly higher levels of social and environmental protection than the May government, this could be an indication that ​“common standards” derived from European law are likely to be centralised – and then eroded.

“If we were excluded from accessing the single market, we would be free to change the basis of Britain’s economic model.”

Changing the basis of Britain’s economic model might sound like a good idea – but the question is what we’d be changing it to. Although there were few new details, the mood music of May’s speech in this regard appeared to confirm what Philip Hammond suggested two days ago: if it comes to it, Britain’s strategy for survival outside the single market is essentially to turn itself into a tax haven.

Outside the single market, May suggested, ​“we would have the freedom to set the competitive tax rates and embrace the policies that would attract the world’s best companies and biggest investors to Britain.” In other words, as Liam Fox has previously suggested, to double down on our existing ​“low regulation [and] low taxation” economic model.

The context for these remarks – that ​“no deal for Britain is better than a bad deal for Britain” – suggest that May is banking on this prospect being sufficiently horrifying to her European counterparts to bring them to the negotiating table in a co-operative frame of mind. But, as we argued yesterday, it should also be pretty horrifying to the British people. Marketing ourselves to global capital by promising to ask less of it than our European neighbours will not address the problems of economic insecurity, low pay and regional disparities that helped to drive the Brexit vote in the first place. Indeed, it could make them much worse.

“Those who urge us to reveal more … will not be acting in the national interest.”

May pre-emptively delivered a stern warning to her political opponents not to press for more details of the UK’s negotiating position: ​“This is not a game or a time for opposition for opposition’s sake. It is a crucial and sensitive negotiation that will define the interests and the success of our country for many years to come.” But it’s precisely because these negotiations are so crucial to our country’s future that we need some transparency and democratic debate about the direction we’re headed.

Last November, May promised ​“to lead the world in understanding the extent to which some people feel left behind by the forces of capitalism, and embracing a new approach that ensures everyone shares in the benefits of economic growth”. But the negotiating stance she has set out today could widen disparities between the winners and losers of the UK’s economic model. It’s vital that these issues stay on the table in the weeks and months to come.