It’s time to start treating overfishing in European waters with the seriousness it deserves. 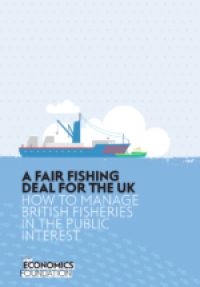 Decades of overfishing in European waters have taken their toll. Four out of every ten fish stocks are outside safe biological limits, producing fewer fish than if we managed them sustainably. But allowing European fish stocks to grow could deliver an additional 2 million tonnes – enough to feed 89 million citizens, support 20,000 more jobs, and generate additional profits of €1bn. The British government has played a role in failing to realise this potential by setting fishing quotas a total of 1,423,000 tonnes above scientific advice since 2001.

It’s time to start treating overfishing with the seriousness it deserves.

At the New Economics Foundation, we don’t just describe the scale of the problem, we want to help bring about real and lasting change. When fisheries management is properly implemented, fish stocks recover and fishing fleets have more stable economic prospects.

This briefing sets out our last three years of fisheries research to show why the problem of overfishing is so urgent, what we have done to tackle it, and what we need to do now to create a fair and sustainable fishing deal for the United Kingdom.