In its 2019 manifesto, the Conservative Party committed to ​“levelling up every part of the UK”, promising investment in transport, skills, freeports and town centre regeneration. Local communities would have ​“far more control of how that investment is made”. A huge range of policy areas have since been added in government speeches, statements and funding prospectuses, leading to growing concerns that levelling up is becoming ​“an everything and nothing policy”.

The political will behind levelling up is much needed. As former civil service head and NEF’s chair of trustees, Lord Kerslake, said: ​“The UK is one of the most centralised, imbalanced, developed countries in the world and this has a serious detrimental impact on our ability to drive economic growth.” The government has this geographical imbalance in its sights – and not before time.

The government’s funding pots – the Community Ownership Fund, Levelling Up Fund and Community Renewal Fund, to name a few – demonstrate its focus on community and place. Again, the intention behind these funds is welcome, if not the decision to run all three from Whitehall. Old centralising habits die hard, it seems.

But the funds promised are insufficient. Not only because the pots are too small, too short term and too discretionary, but because they follow more than a decade in which basic public services have been pared back by austerity. As a result, the people and the places most in need of this funding are at high risk of missing out.

First, on a very basic level, councils in ​“left behind” communities are poorly-placed to do well out of competitive bidding for funds distributed at Whitehall’s discretion given the impact of cuts to government grant on their core staffing levels – not to mention additional demand pressures from Covid.

Second, we can’t expect homes and neighbourhoods to improve if local authorities lack the basic resources to conduct enforcement activity against rogue landlords or to identify and tackle empty homes. Yet research from the Northern Housing Consortium found the average spend on these services for northern councils fell by 54% between 2010/​11 and 2018/​19, compared to a 34% cut in the rest of England. Planning and development services in the North saw a 65% cut over the same period.

Third, people’s capacity to get involved in local decision-making or economic activity depends on having the support they need to survive and thrive. Where access to mental health support, healthcare, childcare and social care is wanting, many people are barred from attending a community meeting or getting involved in other ways. Yet health inequalities have become more acute over the last decade, with a disproportionate impact on black and other people of colour, while gender inequality has worsened due to the hollowing out of childcare services. Similarly, many young people in ​“left behind” – or held-back – places will miss out on the full benefits of levelling up investment if the government doesn’t take action to stop cuts to youth centres and replenish their funding.

Much has been said about the potential for the pandemic and the switch to remote working to support levelling up, attracting former and new residents and businesses to held-back places they would not otherwise have considered. But remote working, like remote education, requires adequate investment in digital infrastructure and inclusion, and these are lacking in many communities. Households without good internet access at home will feel the 27% reduction in local libraries between 2001 and 2018, identified in research from Onward, particularly hard.

Health, social care, childcare, transport, community and youth centres, domestic violence services, housing, planning – no public service has escaped the austerity era unscathed. Short-term funding pots like the ones made available so far through levelling up are not reliable enough to build back core capacity in held-back places. The government will need to address long-term inequalities in the distribution of funding for public services if it is to deliver on its promise to rebalance the country. Levelling up requires stronger foundations.

NEF’s Local Conversation research for the People’s Health Trust, which enables residents to act on issues in their local area and develop collective control, will be published in the coming months. It includes evidence from communities such as Lozells in Birmingham and Claremont in Blackpool on how they have been held back by years of public service cuts.

The No Place Left Behind Commission is supported by NEF and will report in September 2021. Informed by extensive research with experts and community-led projects across the country, the report will recommend how the government can use its upcoming spending review and levelling up white paper to enable communities to build back better – including by putting local government finances on a sustainable footing. 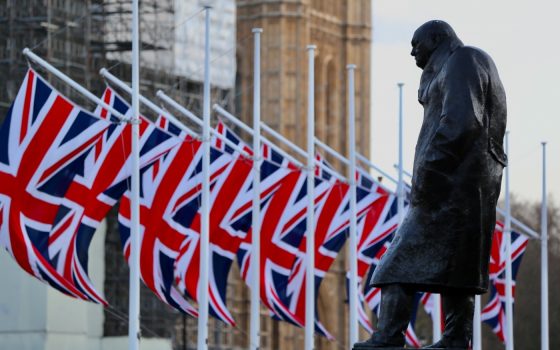