The case for a shorter working week

A normal working week of 21 hours could help to address a range of urgent, interlinked problems: overwork, unemployment, over-consumption, high carbon emissions, low well-being, entrenched inequalities, and the lack of time to live sustainably, to care for each other, and simply to enjoy life.

This report sets out arguments for a much shorter working week. It proposes a significant shift in what is considered ​‘normal’ – down from 40 hours or more, to 21 hours. While people can choose to work longer or shorter hours, we propose that 21 hours – or its equivalent spread across the calendar year – should become the standard that is generally expected by government, employers, trade unions, employees, and everyone else.

Moving towards much shorter hours of paid work offers a new route out of the multiple crises we face today. Many of us are consuming well beyond our economic means and well beyond the limits of the natural environment, yet in ways that fail to improve our well-being – and meanwhile many others suffer poverty and hunger. Continuing economic growth in high-income countries will make it impossible to achieve urgent carbon reduction targets. Widening inequalities, a failing global economy, critically depleted natural resources and accelerating climate change pose grave threats to the future of human civilisation.

A ​‘normal’ working week of 21 hours could help to address a range of urgent, interlinked problems. These include overwork, unemployment, over-consumption, high carbon emissions, low well-being, entrenched inequalities, and the lack of time to live sustainably, to care for each other, and simply to enjoy life.

Twenty-one hours is close to the average that people of working age in Britain spend in paid work and just a little more than the average spent in unpaid work. Experiments with shorter working hours suggest that they can be popular where conditions are stable and pay is favourable, and that a new standard of 21 hours could be consistent with the dynamics of a decarbonised economy.

“A ​‘normal’ working week of 21 hours could help to address a range of urgent, interlinked problems.”

There is nothing natural or inevitable about what’s considered ​‘normal’ today. Time, like work, has become commodified – a recent legacy of industrial capitalism. Yet the logic of industrial time is out of step with today’s conditions, where instant communications and mobile technologies bring new risks and pressures, as well as opportunities. The challenge is to break the power of the old industrial clock without adding new pressures, and to free up time to live sustainable lives. To meet the challenge, we must change the way we value paid and unpaid work.

For example, if the average time devoted to unpaid housework and childcare in Britain in 2005 were valued in terms of the minimum wage, it would be worth the equivalent of 21 per cent of the UK’s gross domestic product.

A much shorter working week would change the tempo of our lives, reshape habits and conventions, and profoundly alter the dominant cultures of western society. Arguments for a 21-hour week fall into three categories, reflecting three interdependent ​‘economies’, or sources of wealth, derived from the natural resources of the planet, from human resources, assets and relationships, inherent in everyone’s everyday lives, and from markets. Our arguments are based on the premise that we must recognise and value all three economies and make sure they work together for sustainable social justice.

1. Safeguarding the natural resources of the planet: moving towards a much shorter working week would help break the habit of living to work, working to earn, and earning to consume. People may become less attached to carbon-intensive consumption and more attached to relationships, pastimes, and places that absorb less money and more time. It would help society to manage without carbon-intensive growth, release time for people to live more sustainably, and reduce greenhouse gas emissions.

2. Social justice and well-being for all: a 21-hour ​‘normal’ working week could help distribute paid work more evenly across the population, reducing ill-being associated with unemployment, long working hours and too little control over time. It would make it possible for paid and unpaid work to be distributed more equally between women and men; for parents to spend more time with their children – and to spend that time differently; for people to delay retirement if they wanted to, and to have more time to care for others, to participate in local activities and to do other things of their choosing. Critically, it would enable the ​‘core’ economy to flourish by making more and better use of uncommodified human resources in defining and meeting individual and shared needs. It would free up time for people to act as equal partners, with professionals and other public service workers, in co-producing well-being.

3. A robust and prosperous economy: shorter working hours could help to adapt the economy to the needs of society and the environment, rather than subjugating society and environment to the needs of the economy. Business would benefit from more women entering the workforce; from men leading more rounded, balanced lives; and from reductions in work-place stress associated with juggling paid employment and home-based responsibilities. It could also help to end credit-fuelled growth, to develop a more resilient and adaptable economy, and to safeguard public resources for investment in a low-carbon industrial strategy and other measures to support a sustainable economy.

Of course, moving from the present to this future scenario will not be simple. The proposed shift towards 21 hours must be seen in terms of a broad, incremental transition to social, economic and environmental sustainability.

“We must change the way we value paid and unpaid work.”

Problems likely to arise in the course of transition include the risk of increasing poverty by reducing the earning power of those on low rates of pay; too few new jobs because people already in work take on more overtime; resistance from employers because of rising costs and skills shortages; resistance from employees and trade unions because of the impact on earnings in all income brackets; and more general political resistance that might arise, for example, from moves to enforce shorter hours.

Work is beginning at NEF to develop a new economic model that will help to engineer a ​‘steady-state’ economy and address problems of transition to 21 hours. There is much work yet to be done and suggestions set out in this report are there to stimulate further debate and thought, rather than offer definitive solutions. The report focuses on the following areas.

1. Achieving shorter working hours. Conditions necessary for successfully reducing paid working hours include reducing hours gradually over a number of years in line with annual wage increments; changing the way work is managed to discourage overtime; providing active training to combat skills shortages and to help long-term unemployed return to the labour force; managing employers’ costs to reward rather than penalise taking on extra staff; ensuring more stable and equal distribution of earnings; introducing regulations to standardise hours that also promote flexible arrangements to suit employees, such as job sharing, extended care leave and sabbaticals; and offering more and better protection for the self-employed against the effects of low pay, long hours, and job insecurity.

2. Ensuring a fair living income. Options for dealing with the impact on earnings of a much shorter working week include redistribution of income and wealth through more progressive taxation; an increased minimum wage; a radical restructuring of state benefits; carbon trading designed to redistribute income to poor households; more and better public services; and encouraging more uncommodified activity and consumption.

3. Improving gender relations and the quality of family life. Measures to ensure that the move towards 21 hours has positive rather than negative impacts on gender relations and family life include flexible employment conditions that encourage more equal distribution of unpaid work between women and men; universal, high-quality childcare that dovetails with paid working time; more job-sharing and limits on overtime; flexible retirement; stronger measures enforcing equal pay and opportunity; more jobs for men in caring and primary school teaching; more childcare, play schemes and adult care using co-produced models of design and delivery; and enhanced opportunities for local action to build neighbourhoods that everyone feels safe in and enjoys.

4. Changing norms and expectations. There are many examples of apparently intractable social norms changing very quickly – for example, attitudes to the slave trade and votes for women, wearing seatbelts and crash-helmets, and not smoking in public places. The weight of public opinion can shift quite suddenly from antipathy to approval as a result of new evidence, strong campaigning, and changing circumstances, including a sense of crisis. There are some signs of favourable conditions beginning to emerge for shifting expectations about a ​‘normal’ working week. Further changes that may help include the development of a more egalitarian culture, raising awareness about the value of unpaid labour, strong government support for uncommodified activities, and a national debate about how we use, value, and distribute work and time.

The beginning of a national debate

The next step is to make a thorough examination of the benefits, challenges, barriers and opportunities associated with moving towards a 21-hour week in the first quarter of the twenty-first century. 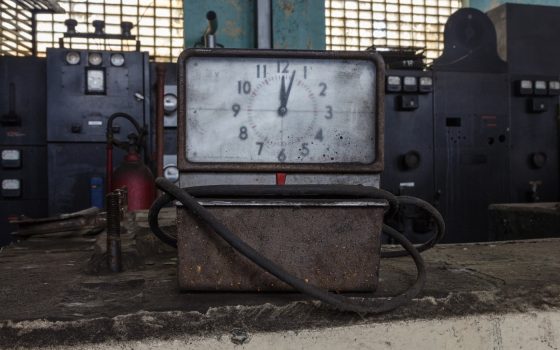 Making up for lost time

Reducing working hours in manufacturing: a review of evidence 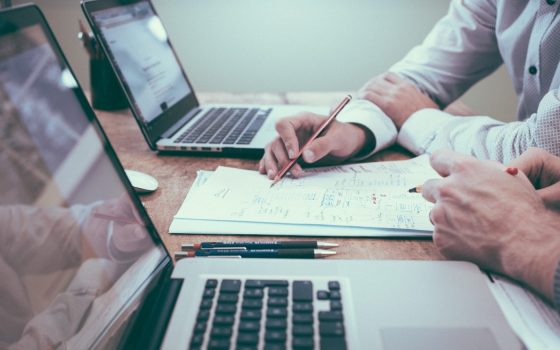 Weekly Economics Podcast: How to make the 4-day week happen