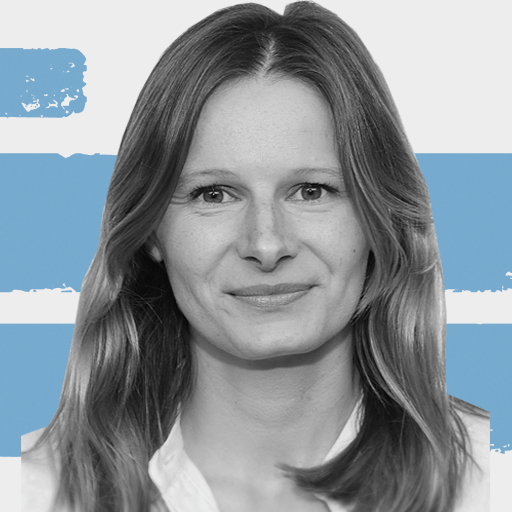 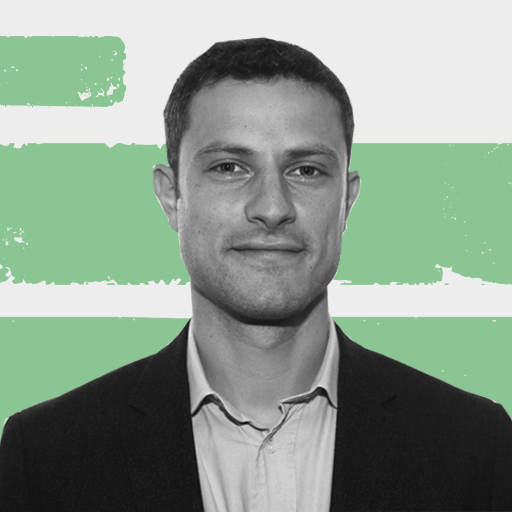 The number of people working in the so-called ​‘gig economy’ in London’s transport sector has nearly doubled since 2010, according to analysis of new Government data [2] by the New Economics Foundation.

The number of London businesses in the transport and deliveries sector with no employees – which can be used as a proxy for gig work [3] and includes those working for platforms such as Uber and Deliveroo – has risen this year to 69,105, according to Business Population Estimates published on Thursday. That’s up from 65,315 last year and 37,965 since 2010 – a massive 82% rise.

At the same time, the number of people in London employed in transport sector companies which have multiple employees – in other words the more conventional transport economy – has dropped by 9%. That suggests an ever greater proportion of London’s transport workers are moving into insecure and precarious work. 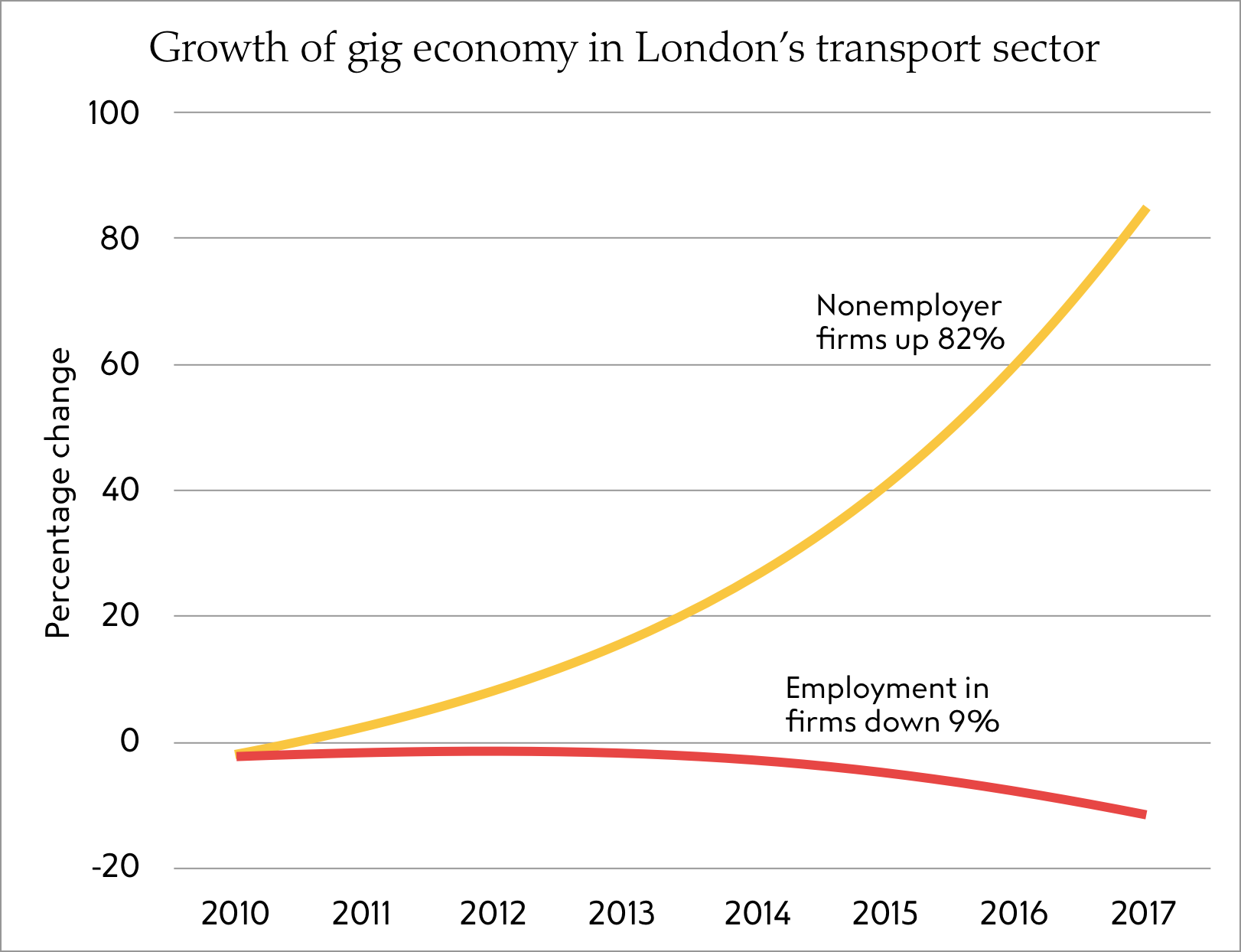 The news comes as platform companies like Uber and Deliveroo face multiple legal challenges relating to their treatment of workers. While some workers in the gig economy say they enjoy the flexibility offered by such companies, many others are campaigning for basic working rights such as holiday and sick pay.

The analysis also shows a 33% increase in the number of businesses with no employees across the country since 2010, from 3,258,600 to 4,327,700. That compares to just an 11% increase in those employed by firms, suggesting an increase in insecure gig-economy style work nationwide.

Recent research by the New Economics Foundation found that two in five people in the UK workforce are in so-called ​‘bad jobs’ where they face insecure working conditions or are paid below the Living Wage, or both [4]. This latest research on the gig economy adds to a picture of a workforce increasingly struggling to find secure and well-paid work.

“The dramatic rise of the gig economy is a major cause for concern. Relying on insecure work can lead to stress and anxiety in workers’ lives. While some appreciate the flexibility offered by gig work, many others rely on it as their sole source of income and want the basic working rights which those in more traditional employment enjoy.

“As one of the richest countries in the world, it’s unacceptable that so many people aren’t making enough to live on and lack the control they need over their working lives.

“This isn’t inevitable. At the New Economics Foundation we are campaigning for an end to sham self-employment, better regulation of tech monopolies and a stronger voice for workers.”

In response to the rise of insecure work in the gig economy in London, the New Economics Foundation is crowdfunding to develop an alternative to Uber in the capital – a driver-owned platform app, provisionally called CabFair. They are seeking £30,000 to:

Stefan Baskerville, Director of Unions and Business at the New Economics Foundation, said:

“The gig economy is employing more and more people, and concerns about how workers are treated are not going away. We have to address the huge imbalance of power in the gig economy.

“That’s why at the New Economics Foundation we are seeking to develop a new ride-hailing app, owned by its employees and which would give a fair deal to both drivers and passengers. We want our alternative to keep transport accessible, low-cost, fast, flexible and easy for all.

“We are working with trade unionists, tech partners and passengers to try and build something better than Uber – a driver-owned alternative that is just as convenient and competitive on price, but treats its passengers and drivers with respect.

“We hope the new service, provisionally called CabFair, will put drivers and customers firmly in control.”