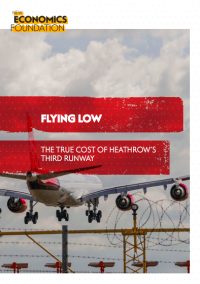 Three lessons from Bogota on making cities safer for women

The dodgy economics behind expanding our airports

Despite what airport executives say, expanding our airports won’t tackle unemployment or bring more money to the UK.

Crisis support to aviation and the right to retrain

Securing jobs and skills through the Covid and climate crises