It was probably the same for lots of people. In the first few days following the reports, when the story of Awaab Ishak came onto the radio, I’m ashamed to say I turned it off. The death of the two-year-old from exposure to mould in his damp home was too sad, too horrible, too maddening to face.

If, like me, you’re one of the millions of people who put their kids to bed in rooms that are cold and damp, with mould and other conditions that risk their health, Awaab’s death is probably particularly hard to bear.

But when I heard Michael Gove grandstanding on Sky News, brandishing his moral indignation at the failings of bad social landlords, I leaped out of my chair. Here we had the housing secretary, top brass in a government responsible for making conditions so much worse for renters, puffing up his tail feathers on national television, casting himself as their saviour.

The shameful failings of Awaab’s social landlord Rochdale Boroughwide Housing are obvious and irrefutable. Like so many housing associations, they appear to have an institutional commitment to ignoring their tenants when they complain about unsafe housing.

The coroner’s report into Awaab’s death found his housing association had placed too much blame ​“on the cause of the mould being due to parents’ lifestyle”.

As a private renter, I’m used to being blamed for the damp, mouldy conditions in my home. When we had mushrooms growing out of our walls, my landlord tutted and asked why we weren’t ​“just leaving the heating on overnight”. When I asked if he could take the cost of this out of our rent, he burst out laughing.

But Awaab and his family were tenants of a social landlord, who, as charitable bodies set up to serve the public good, surely should not be ignoring tenants and penny-pinching at every turn. So what has happened to housing associations to put them on a par with the wild west of private renting?

“Like so many housing associations, they appear to have an institutional commitment to ignoring their tenants when they complain about unsafe housing.”

Documents leaked to the Guardian show that Gove’s department, the Department for Levelling Up, Housing and Communities, is preparing to formally instruct housing inspectors to examine residents’ behaviour before ordering a landlord to carry out improvements. Councils will be instructed to consider ​“behavioural factors” in cases of damp and mould, such as whether a tenant is exposing themselves to low temperatures due to ignorance or a ​“stoic” attitude to the cold.

These documents show that the culture of victim-blaming tenants for appalling conditions in their home begins with our national government.

Since 2010, from the gleeful bonfire of regulations designed to protect and empower tenants, to the slashing of government grants, the endgame for this government when it comes to housing associations has been to remould them, starving them of public funding, and pushing them towards private finance to plug the gap. Associations must now become attractive to private lenders, by focusing on what sector bigwigs would call ​“governance’ but is really all about reassuring lenders that generating profit will be prized above costly inconveniences like the safety and wellbeing of tenants.

Today’s housing associations vary wildly between those who cling desperately to their charitable mission, and those that threw in the towel long ago, embracing the profit motive, allowing standards and service to wither on the vine.

Gove has cut funding to Rochdale’s housing association, and has promised to slash the housebuilding grants of failing social landlords. But this will only make problems for renters worse. Stopping associations from building social homes will fuel our chronic shortage of genuinely affordable housing, leave even more people homeless or at the mercy of private landlords who are even more reluctant to uphold decent standards.

Gove’s other promise is to require landlords to rehouse people who can produce a doctor’s letter linking ill-health to their home. If he makes good on this, it will be welcome. But it’s tinkering at the edges of a gaping chasm of government failure to meet this basic human need, a chasm that stretches over 40 years, and that this government’s decisions have made a whole lot deeper and wider.

There are 940,000 homes in England with damp and mould. This government should take a healthy share of responsibility for these failings. The combination of spending cuts, deregulation and privatisation of our homes has turbocharged the decline of safety and decency, to the point where our homes are making us sick and endangered.

We all want to be able to come home to somewhere warm, safe and comfortable. Here’s what this government needs to do to guarantee this: 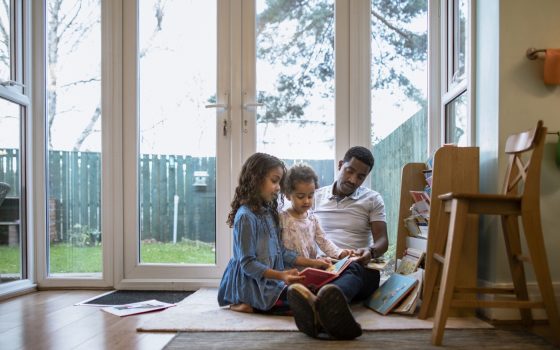