How do people really take control of their lives and their surroundings? Control can’t be doled out like porridge or conjured up by voting in elections. There’s no single button we can press. But it can be built up steadily if people get together and local conditions are right.

The New Economics Foundation has been working with People’s Health Trust to see what it takes for groups in disadvantaged neighbourhoods to take control of things that matter to them. Through this work, we’ve been able to unpack what control means, what it consists of and how it is constructed. We have watched people building up control and making a difference.

Take Lozells, for example, one of the poorest neighbourhoods of Birmingham with unemployment well above average and a high proportion of over-crowded social housing. There were serious riots there in 2005 and not much has been invested in the area since. Birmingham’s big push for regeneration has focused on the city centre, leaving Lozells almost untouched. But now it has some long-term funding from People’s Health Trust, which gives residents a chance to realise their own strengths and take control of decisions that affect their lives.

Funds have made it possible for residents to establish a local team called ​‘Action Lozells’, which reaches out to residents across the neighbourhood and helps them take action together. They’ve set up a range of clubs and classes, as well as active contacts with councillors and community leaders. They’ve cleared rubbish out of alleyways, drawn a group of young Somali men into the football club and opened a benefits advice surgery. They’ve worked with Citizens UK to learn how to influence local power-brokers. 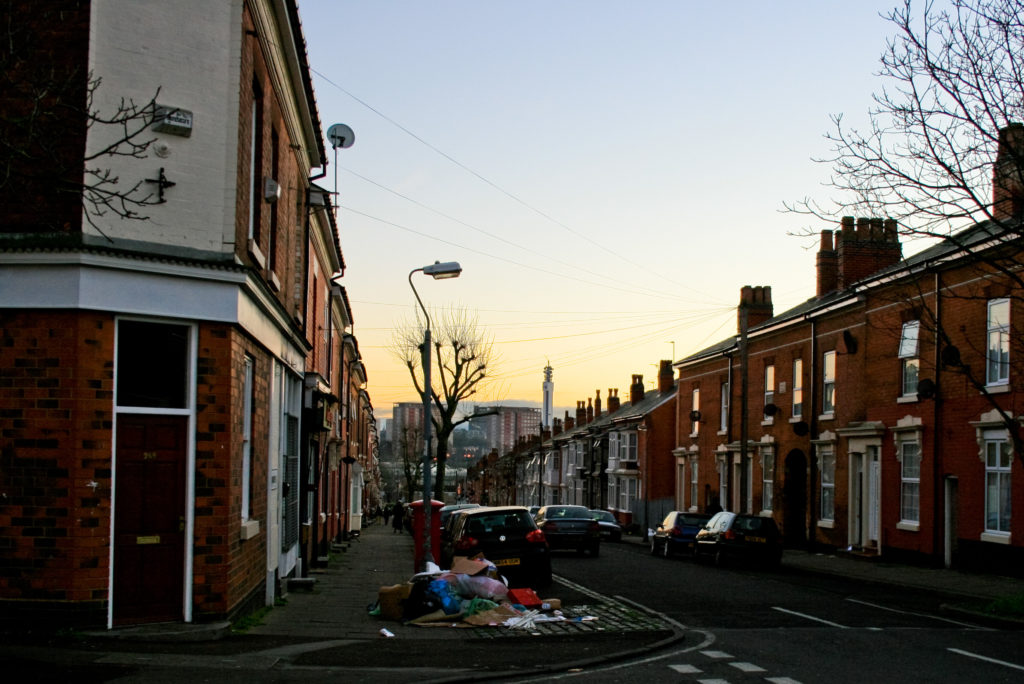 Out of all this and more, a new cohort of local leaders is emerging. For example, 30-year-old Sarah began taking her son to the football club and decided to set up a netball club for women. ​“It gives you confidence”, says Sarah, ​“it brings the ladies together, you make friendships, meet new people. It’s about teamwork as well. I’ve got a spring in my step, because I feel it’s possible I could be making a difference, whether it’s a small or big. I’m getting the communities together.”

Akash, who’s in his 60s with chronic physical health problems and little English, had his benefits cut off for six months until someone from his mosque put him in touch with the new benefits advice service. ​“I had no money, no electric, I just used to sit in a chair all day. The advice worker went to the job centre with me. They got my benefits back-dated and sorted out my rent. Worrying about money was giving me headaches and high blood pressure. Now I’m more relaxed. Now I’m clearing my debts, I can take a stroll to the mosque or the shops.”

Lozells is host to one of 23 ​“Local Conversations” funded by People’s Health Trust in different parts of the country. Drawing on evidence about the underlying causes of health, which points to clear links with how much control people have over their lives, the Trust resolved to invest in building local control in disadvantaged neighbourhoods as a way of tackling health inequalities. As evaluators of the programme, the New Economics Foundation has studied the causes of control and produced a dynamic model that shows how different factors work together to enable people to take control and act on their own initiative.

“We’ve been working with People’s Health Trust to see what it takes for groups in disadvantaged neighbourhoods to take control of things that matter to them.”

As the model shows, four things enable people to take control, not just as individuals, but as groups working together: people need to be socially connected, to build up knowledge, understanding and skills, to be able to influence others, and to have access to resources. All these can be mutually reinforcing. Having experience of making something happen – however small that change might be – can make people feel more confident and more in control. This can set off a ​“virtuous cycle” so that people increasingly feel in control and steadily build up more experience of actual control, leading to more changes that improve their lives, that in turn enhance confidence and control.

People’s Health Trust expect their partners in the Local Conversations programme to focus on reaching out to local residents and getting as many as possible involved in co-producing plans for improving their communities. They support them over the long term – with significant sums – so they have resources and a sense of security. None of this is rocket science – as any community development worker will tell you – but it takes time and perseverance. Bringing theory and practice together helps to test assumptions and build the evidence base about what works.