Our broken economy is taking its toll on our health

Every day in the UK, people are dying due to a lack of timely or effective healthcare or public health interventions. And new official data released last week shows things are getting worse, not better.

Almost one in four of deaths in England and Wales is considered by the government to be avoidable. Avoidable deaths include infections and injuries that could have been prevented with good quality healthcare, as well as deaths from cardiovascular disease and cancers that are caused by lifestyle factors such as smoking, that could have been prevented with public health interventions.

More than 386 people a day in 2016 died of ​‘avoidable’ causes, and this number has been steadily increasing since 2014, when this statistic was first measured. 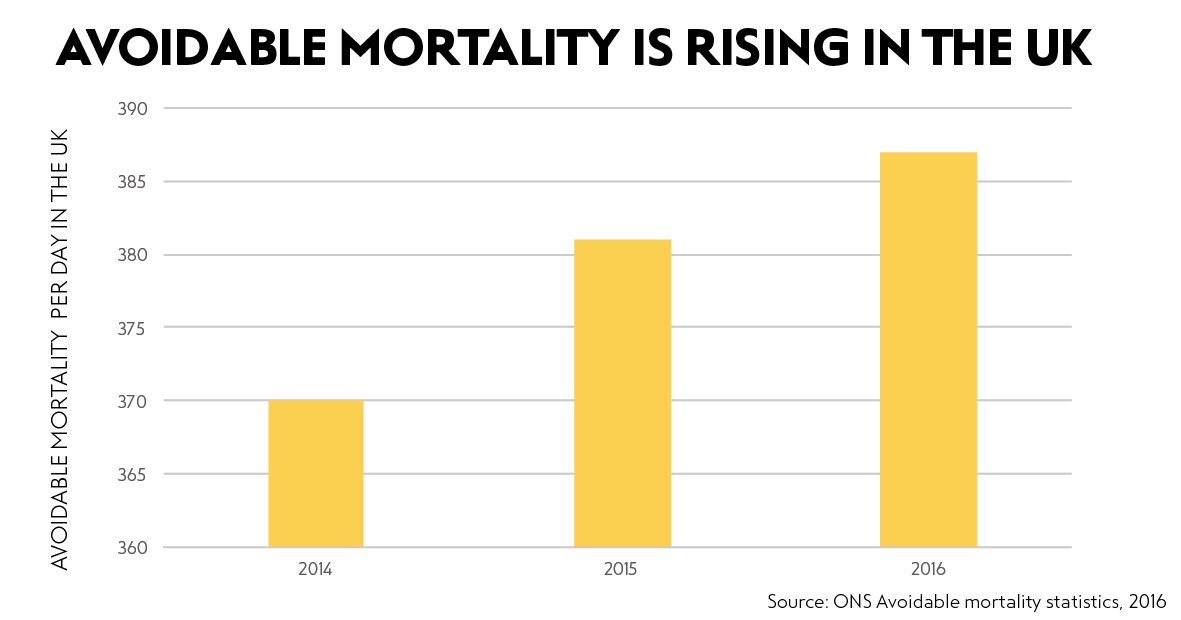 Of course, our population has been increasing over this time, and at the same time it has been ageing. But even taking this into account (by considering age-standardised measures) avoidable mortality has increased by 0.75% between 2014 and 2016. Women have it worse than men; this figure is 1.2% when only women are considered. And remember that these most recent figures are from 2016; we know that mortality in England and Wales at the beginning of the year has been higher than average over the last five years in both 2017 and 2018.

Most concerning is that there has been a staggering 33% increase in medical mistakes leading to death, or ​‘misadventures to patients during surgical and medical care’. Doctors, nurses and other medical professionals are being overworked, hospitals are being underfunded, and we are paying the price.

…it is the most deprived areas in England and Wales that have the most avoidable deaths. 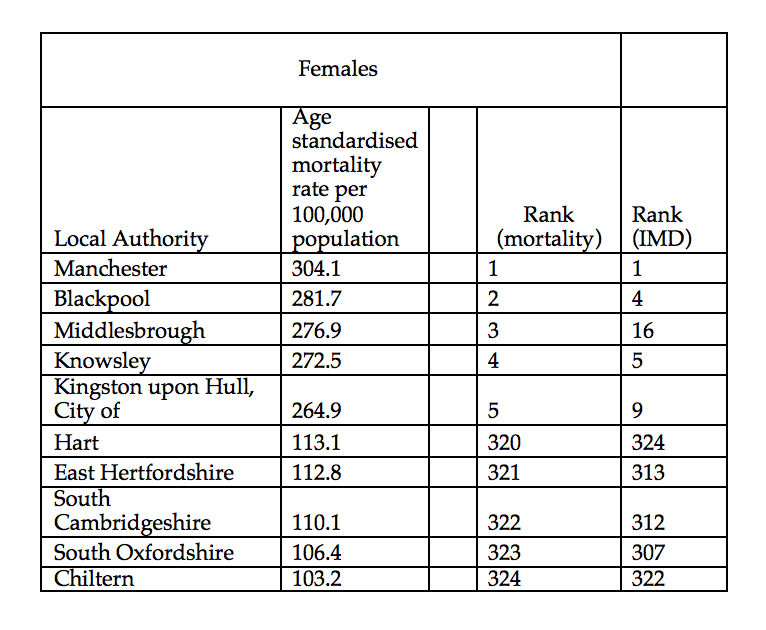 We all know that the NHS is desperately underfunded. But pouring money into the health service will only get us some of the way towards addressing this problem. The NHS is just the canary in the coalmine – we need to understand the real reasons it is struggling. Medical professionals are overstretched because they are having to deal with the worsening health of a population whose communities and cultures are not geared towards making them healthy, and who are unable to access other support for example through social care as services have been cut. Deaths from drug use reached record levels last year. And over 3,000 people died as they couldn’t afford to heat their homes. After many years of progress, the infant mortality rate is now rising. We must conclude that our social and economic systems are failing to protect our health.

Beyond avoidable deaths, mortality rates are also levelling off: life expectancy improvements, which had risen steadily for the whole of the 20th century, have flatlined since 2010, and although the cause of this is contested, they have been associated with a reduction in social care spending, delayed discharges from hospital, and benefits cuts.

We drastically need a new caring economy that has the capacity to provide effective and timely healthcare and services. And we know from the research we’ve done at New Economics Foundation has shown that care can be a major driver of local economic prosperity, with the potential to be the central plank of an economic policy that emerges from the actual needs, everyday lives and assets of communities within an area.

We can’t afford to keep allowing our broken economy to take its toll on our health.