Tackling the productivity puzzle: A higher minimum wage and a 4-day week

The ‘productivity puzzle’ is one of the great enigmas of the UK’s post crisis economy. Could radical demand-side solutions be part of the solution? 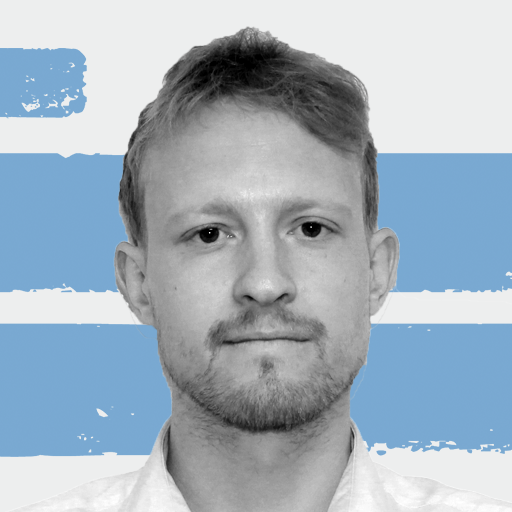 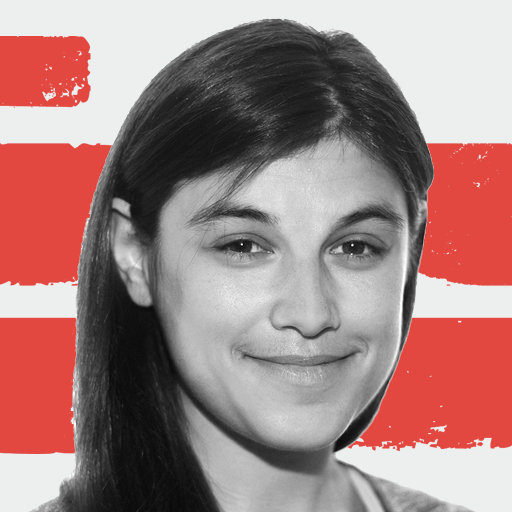 On the face of it, the UK’s productivity puzzle is straight forward enough. Over the course of four decades up to 2008, labour productivity – the amount of gross value added (GVA) generated per hour worked – grew at a remarkably stable rate of more than 2% per year. Since the end of the 2009 recession, however, the annual increase has plummeted to around 0.7%.

In short, the rate of increase in the amount we are able to produce per hour in work has collapsed by two thirds. And after more than 10 years, there is precious little sign of recovery.

The relevance of this macroeconomic phenomenon to everyday lives is hard to overstate. The present decade of real earnings growth is the worst seen for more than two centuries and stalled productivity growth is probably the single most important explanation. The result today is that despite a far larger economy overall, workers still earn £15 less per week on average than their equivalents did in 2007 (2018/​19 prices, new NEF analysis using ONS estimates for average weekly earnings and CPIH inflation).

But this is where clarity over the problem ends. The causes of the productivity puzzle are poorly understood, but this is not for want of suggestions from policy makers and researchers alike. Low hiring costs, ​‘zombie’ firms, shifting industrial composition, short term corporate governance, ​‘financialisation’, cuts to public investment, Brexit and measurement error have all taken their turn in holding some share of the blame. In truth, they may all have contributed.

Nonetheless, in running through the list above, a pattern emerges. Far more attention has been paid to possible supply-side causes of the productivity puzzle (the conditions under which goods and services are created and delivered), compared with demand-side explanations (the conditions that determine the level and nature of consumption). As a consequence, the raft of policy measures proposed or enacted over the decade so far have largely been on the supply-side as well: ranging from the apprenticeship levy to tax subsidies for research and development (R&D).

But a growing body of work is beginning to explore whether demand-side factors may be an underestimated part of the problem. There are two broad reasons for why this line of inquiry may bear fruit.

The first reason is a theoretical relationship between productivity growth and the level of certainty over future demand growth. When firms are confident in future demand they are also more likely to invest in the purchase of machinery, equipment and employee training. Such strategies are likely to increase output in a more cost effective way – and therefore productivity – but the costs are less reversible if future demand growth fails to materialise. Hence the level of certainty is important.

On the flip side then, firms that believe future demand is less certain can be expected to meet their output needs with higher numbers of lower paid, less secure workers. This gives employers flexibility to reduce or reverse their future costs quickly if and when growth fails to materialise. The consequences are that productivity – output per hour worked – is likely to stay lower for longer.

The second reason is that a global slowdown in productivity gains within advanced economies has coincided with structural factors that have also lowered demand growth. Across the G7 group of countries, average productivity growth has been in decline since the 1980s. Over the same period, structural demand growth is thought to have fallen too. Among other things this has been driven by higher inequality (richer families are more likely to save rather than spend disposable income than poorer families, what economists call the ​‘marginal propensity to consume’) and longer life expectancy (people that anticipate a lengthier retirement are more likely to spend less and save more while of working age).

The evidence is largely circumstantial, but the longer supply-side responses fail to restore productivity growth, the more compelling these arguments become. Indeed, in the international context, demand-side studies into the productivity puzzle have grown increasingly mainstream. But outside of a few notable exceptions (for example see here and here) such perspectives remain on the fringes of the UK conversation.

Perhaps one reason for this is that, unlike for other advanced economies, the timings in the UK look wrong. The observable slowdown in labour productivity seems to start too late. UK productivity growth slowed from the mid-2000s onwards (at the earliest), whereas inequality and demography both started to shift decades earlier.

But here too, there is a reasonably good explanation. We now know that prior to 2007, the UK productivity numbers were flattered by our disproportionately large financial sector. Productivity growth in finance prior to the crisis was unsustainably fast – and the product of distortive market power and rentier profits, rather than genuine value creation.

These profits in finance probably masked what would otherwise have been a much earlier slowdown in UK productivity growth overall, and in line with other advanced economies. The mask was only lifted with the collapse in finance sector profits after 2007. On this interpretation then, the UK may in fact be the exception that proves the rule.

At the very least, such analysis suggests the need for policy solutions on the demand-side – and in particular, policies that reduce inequality and increase disposable income for working age families. But the sheer scale of the structural forces lowering demand across time – in terms of inequality and an aging population – and the years (if not decades) of supply-side policy failure suggests this may be a moment for bold experimentation rather than piecemeal reform.

At NEF, our research is increasingly showing that treating ​‘time’ as a fundamental focus for macroeconomic policy may be part of the solution. A policy package that gradually reduces time spent working while still maintaining aggregate pay overall will raise expectations of future demand growth through two mechanisms.

First, more economy-wide leisure time that does not come at the expense of lower pay overall, can (all else being equal) be expected to increase aggregate consumption. This is because, on average, recreational activities tend to involve higher spending than being at work.

Second, lower standard working hours can be expected to lead to a redistribution of paid time from those in full-time employment to those otherwise underemployed. This is because as long as demand overall is rising, firms will likely need to recover some of the lost hours in full-time work to maintain supply (and to the extent that labour has becomes more expensive or scarce overall this will also involve firms investing more in machinery and training, boosting productivity through the supply-side of the economy as well). This reallocation of hours would be expected to raise pay for those currently out of work or on low incomes, thereby increasing economy wide demand.

Brand new NEF modelling of a future UK labour market with reduced work time shows the potential effects of an illustrative demand led response to the productivity puzzle. The results presented in the chart below show one illustrative scenario among a number that NEF are in the process of researching. To build our counterfactual world we reduced the weekly hours of full-time workers by 20% (or to 30 hours, whichever was higher) in the year 2030, and part-time workers on average saw their working week rise by 6 hours (or a maximum of 30, whichever was lower).

Key to growing overall demand is to maintain overall pay in the economy despite lowering average hours. One way to achieve this could be by reducing statutory hours in a way that also protects gross pay. In the scenario below, we illustrate a different approach that uses faster increases in minimum wages (with the national living wage rising to around £19 per hour by 2030 rather than around £12) to maintain aggregate earnings such that the government’s final fiscal position remains unchanged. The modelling shows that disposable incomes would rise by an average of 13% for the poorest 50% of families, and by as much as 26% on average for the poorest 10%. Disposable incomes for the richest 10% of households would be expected to fall by around 8%.

Introducing these policies gradually would lead to faster growth in aggregate demand, worth an additional 0.5% of GDP by 2030. This would be partly driven by a larger wage share overall (due to a higher minimum wage) and partly as a result of higher marginal propensities to consume for those on low incomes. However, this figure would likely be higher still if the increased tendency to spend during leisure time is taken into account as well.

Source: NEF analysis using the IPPR tax and benefit model based on data from the ONS and OBR (various) and the 2016/​17 Family Resources Survey (FRS)

NB: The original demographic composition in the FRS has been adjusted to better match ONS forecasts for the UK population in 2030. Minimum wage increases apply to all age specifications and include a limited spill over effect estimated using the Lee function to account for the fact that some share of existing pay differentials is likely to be maintained. These estimates for reduced inequality are likely to be conservative since we do not attempt to model an increase in paid hours for those otherwise unemployed.

Crucially, such a demand led agenda on productivity is also complementary with the imperative to transition the economy to a zero carbon future, and without leaving workers and communities behind. The greatest problem with increasing overall demand, without changing the way we consume, is the increased pollution and harmful impacts it implies. A further problem is that a demand led response to productivity can leak into higher inflation if poorly targeted.

But these problems also contribute to the solutions for one another. The overriding imperative to eliminate polluting and unsustainable economic activity requires significant new investment and industrial strategy in the supply-side of the economy to transform the way we produce energy, food, goods and services. A demand boosting strategy for productivity will also help government give firms the confidence they need to make the necessary investments. At the same time, so long as higher demand is focused by government policies to increase real value in the form of cleaner economic production, it is unlikely to produce harmful levels of inflation overall. If it does, these effects can also be offset by monetary policy – a situation that the Bank of England would welcome due to its desire to find a safe path to higher interest rates.

Furthermore, reducing labour market inequality and giving workers greater flexibility – in terms of increased time and spending power to innovate and retrain – will also help ensure communities who are currently reliant on carbon intensive industry to make a living have the opportunity to benefit from a green transformation as well.

Overall, piecemeal change will no longer cut it. The twin economic challenges of zero carbon transition and collapsed productivity and wage growth require something akin to a paradigm change. Over the coming weeks and months, the focus of our research will shift from the benefits of a demand-side response to the practical policies that could make it a reality. Large scale change is never easy. But as former US president Franklin D Roosevelt said when faced with the enormity of the 1930s great depression: ​‘above all try something’.

How does our obsession with GDP incentivise activity like that of the Betfred Tycoons?