Brexit won’t give people real control – and they know it

I write about Britain's crisis of control in the Times

This is supposed to be the week we start to take back control. The triggering of Article 50, so the argument goes, begins a process of regaining sovereignty, repatriating powers and securing our borders that will put Britain and its people back in the driving seat. For the millions of people who voted for Brexit so they could regain a sense of control over their lives, this process is supposed to answer their prayers.

But it won’t. If anything, the process about to unfold will make Britain’s crisis of control worse. And many of us have acknowledged that already.

Our new polling, out today, shows the depth and scale of the crisis:

Full polling is available on our site, and I write more on our findings in today’s Times. 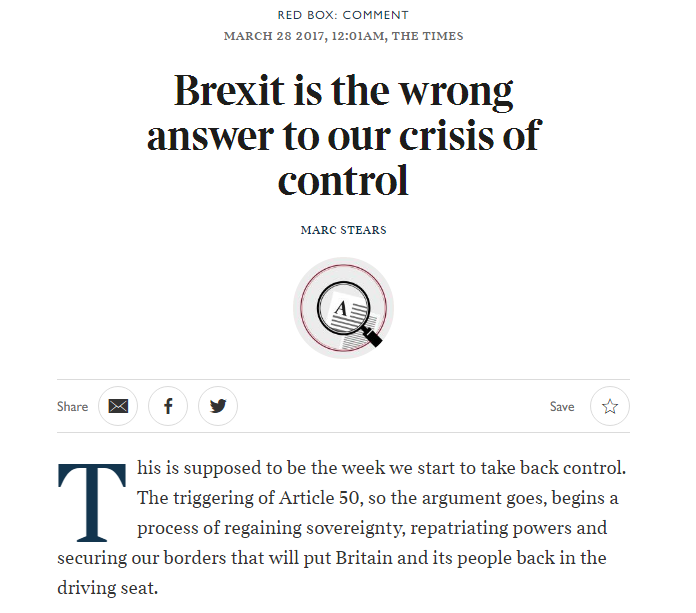 Moving beyond Brexit: an agenda for national renewal

The vote to leave the EU should have been a wakeup call. Instead, we’re three years on and little has changed.

Race to the bottom

How trade deals are undermining standards that protect us.