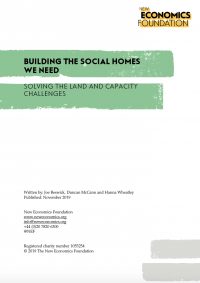 The UK is in the midst of a housing crisis; the direct result of decades of bad housing policy. Fifty years ago the country had a fairly stable housing system where the need for secure, affordable housing of the middle class was largely met through homeownership, and that of the working class through widely available social housing. But a reliance on the private market to deliver homes since the 1980s, and the loss of millions of social homes over recent decades, has destroyed this system.

2019 marks 100 years since the Addison Act was passed, which introduced the notion of councils building social housing on a large scale. 5.5 million social homes were built over the next century, but the trend has slowed massively since the 1980s. In 2018 – 19, only 6,287 social rented homes were built.

The decimation of social housing has led to new homeless families outnumbering new social homes by 8 to 1. More and more families are pushed into a private rented sector that is insecure, unaffordable and unsafe. More than a million families are stuck on waiting lists for social housing.

Recent years have seen a wave of calls for this failed system to be overturned, as more and more people recognise that the market has failed to deliver homes for those at the sharpest end of the housing crisis. Shelter has called for 3.1 million new social homes over 20 years to meet real need, and numerous other housing organisations are calling for a similar scale of development.

This report explores these challenges, before outlining two solutions. First, we propose that the government’s current policy to sell off public land to the highest bidder is short-sighted and should be overturned. Given the central role land plays in the housing system, and the barrier it poses to building the homes we need, we argue that public land should be ring-fenced for the provision of social housing where appropriate. Our research finds that public land could offer enough space for 200 – 250,000 social homes in the next parliament, with 100,000 of that on central government land. This includes a lot of capacity in many of the places with the greatest levels of need, like London, and could make an important contribution to 150,000 new social homes we need to build per year if we are to meet the deficit in social homes in twenty years. We also show that using no-cost public land in a social housing programme of this scale could deliver a 62% reduction in the grant levels needed for those homes built on former public land. When combined with significant investment in social housing it could play a critical role in the delivery of a large scale social housebuilding programme.

Second, we outline a potential vehicle to coordinate land and delivery; a Public Land and Housing Corporation. The remit of this body would be to assemble a pipeline of land, beginning with central government public land and then also acquiring private land, to accelerate the building of the next generation of social housing. This central government body would also directly oversee all developments on central government land, either developing directly themselves, or entering into partnerships with housing associations to boost delivery, contributing 50,000 new homes a year. We make clear that central government will need to provide a crucial part of the capacity if we are to meet ambitious social housebuilding targets. Alongside councils, housing associations and Section 106 delivery through the planning system, we show how the Public Land and Housing Corporation can help us build the 150,000 new social homes we need a year.

Bringing more land into public ownership, and strategically assembling sites for developing social housing are one part of the jigsaw in building the social housing we need. 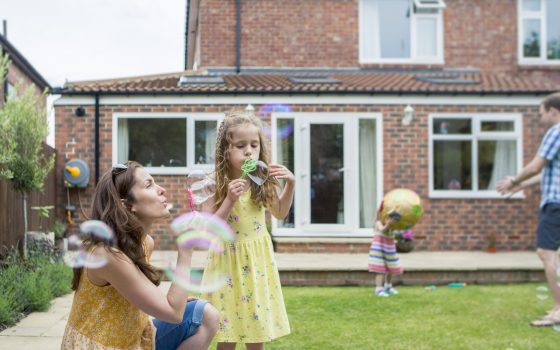